Future Science Prize Committee announced the winners of 2020 in Beijing on September 6. Prof. Tingdong Zhang and Prof. Zhenyi Wang won the Prize in life sciences for their discoveries of the therapeutic effects of arsenic trioxide and all trans-retinoic acid on acute promyelocytic leukemia.Prof. Ke Lu won the Future Science Prize in physical sciences for his pioneering work in synthesizing and discovering nano-twinned structure and gradient nanostructure that simultaneously exhibit superior strength, ductility and conductivity of copper. Prof. Shige Peng won the prize in mathematics and computer science, for his pioneering work on the theory of backward stochastic differential equations, nonlinear Feynman-Kac formula, and the theory of nonlinear expectations. 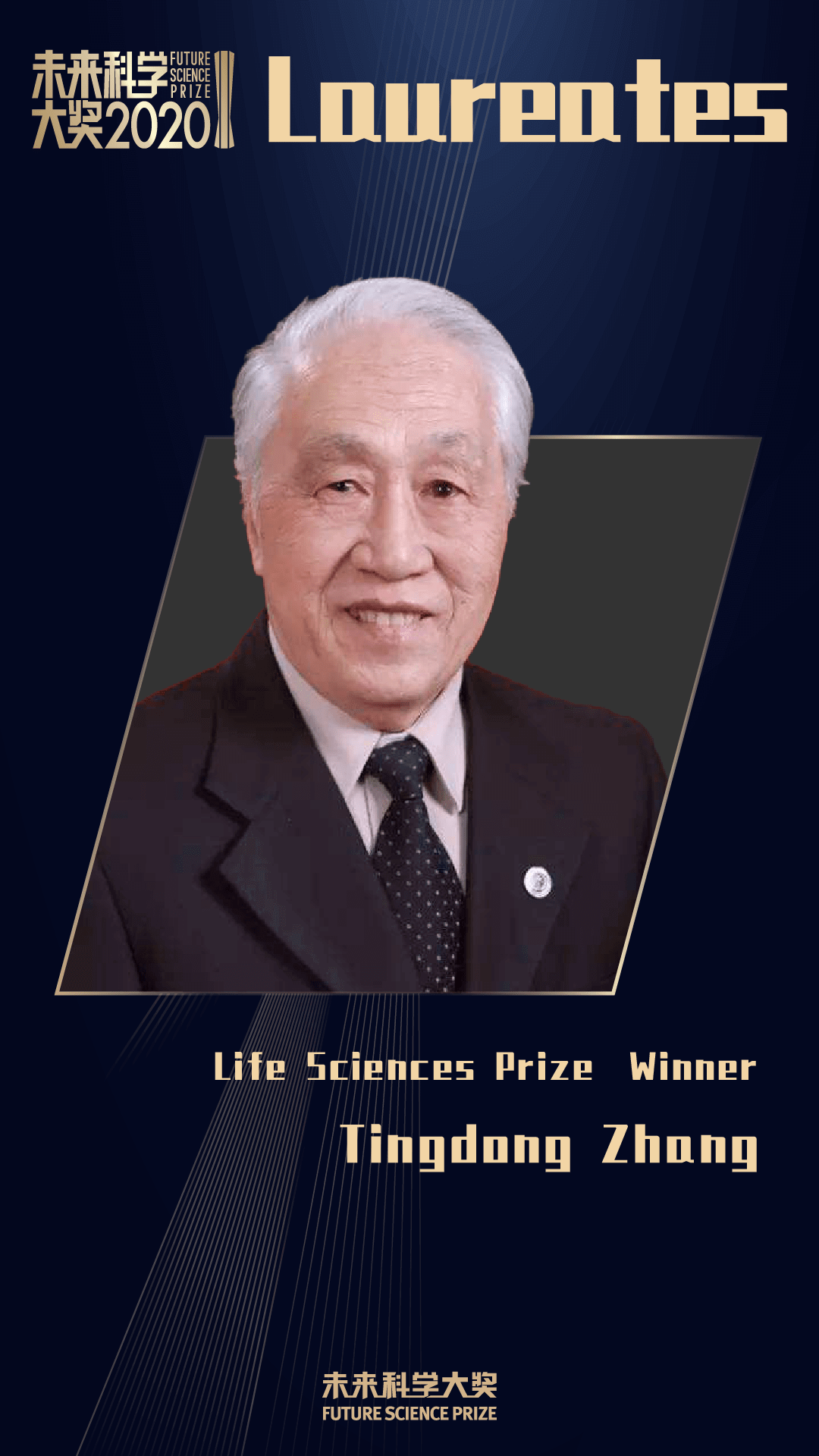 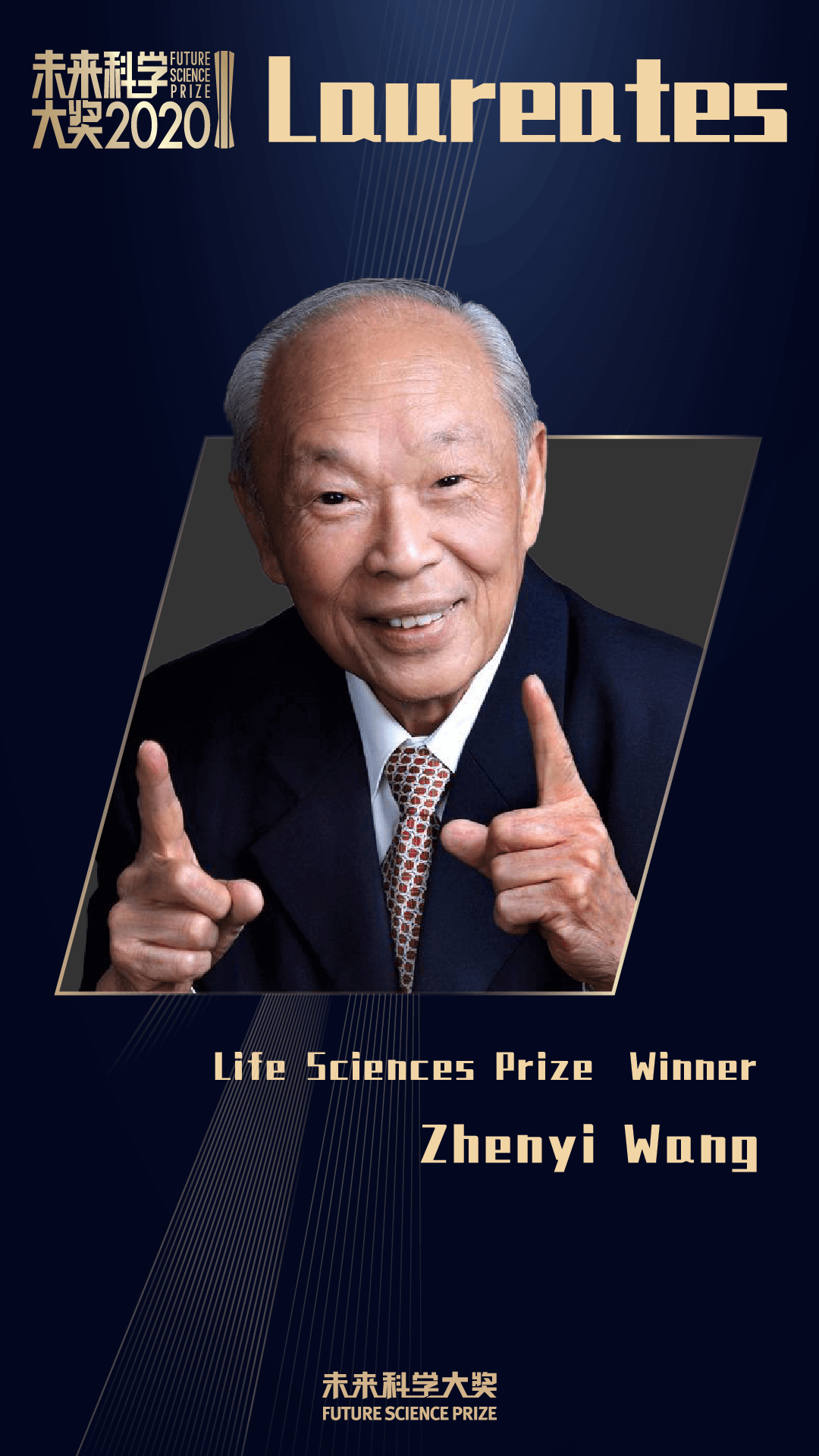 Citation: For their discoveries of the therapeutic effects of arsenic trioxide and all trans-retinoic acid on acute promyelocytic leukemia.

Cancer remains a major threat to human health. In the global effort of fighting cancer, Tingdong Zhang and Zhenyi Wang made seminal discoveries which transformed the treatment of acute promyelocytic leukemia (APL), which used to be one of the most lethal leukemia. For thousands of years, arsenic trioxide (ATO) has been used to treat different diseases without generally accepted therapeutic effects. Work by Tingdong Zhang and colleagues in the 1970s was the first to clearly demonstrate that ATO could treat APL patients. Work by Zhenyi Wang and colleagues in the 1980s demonstrated that ATRA could be used to treat APL in human patients. Both discoveries have been replicated internationally, with ATO and ATRA as the standard therapeutic agents today, saving the lives of patients globally.

Tingdong Zhang, born 1932 in Hebei, is a professor at the First Affiliated Hospital of Harbin Medical University, Harbin, China.

3. Zhang TD and Rong FX (1979). Treatment of acute granulocytic leukemia by Ailin No.1 and dialectic theory. Medicine and Pharmacy of Heilongjiang 1979(4):7-11 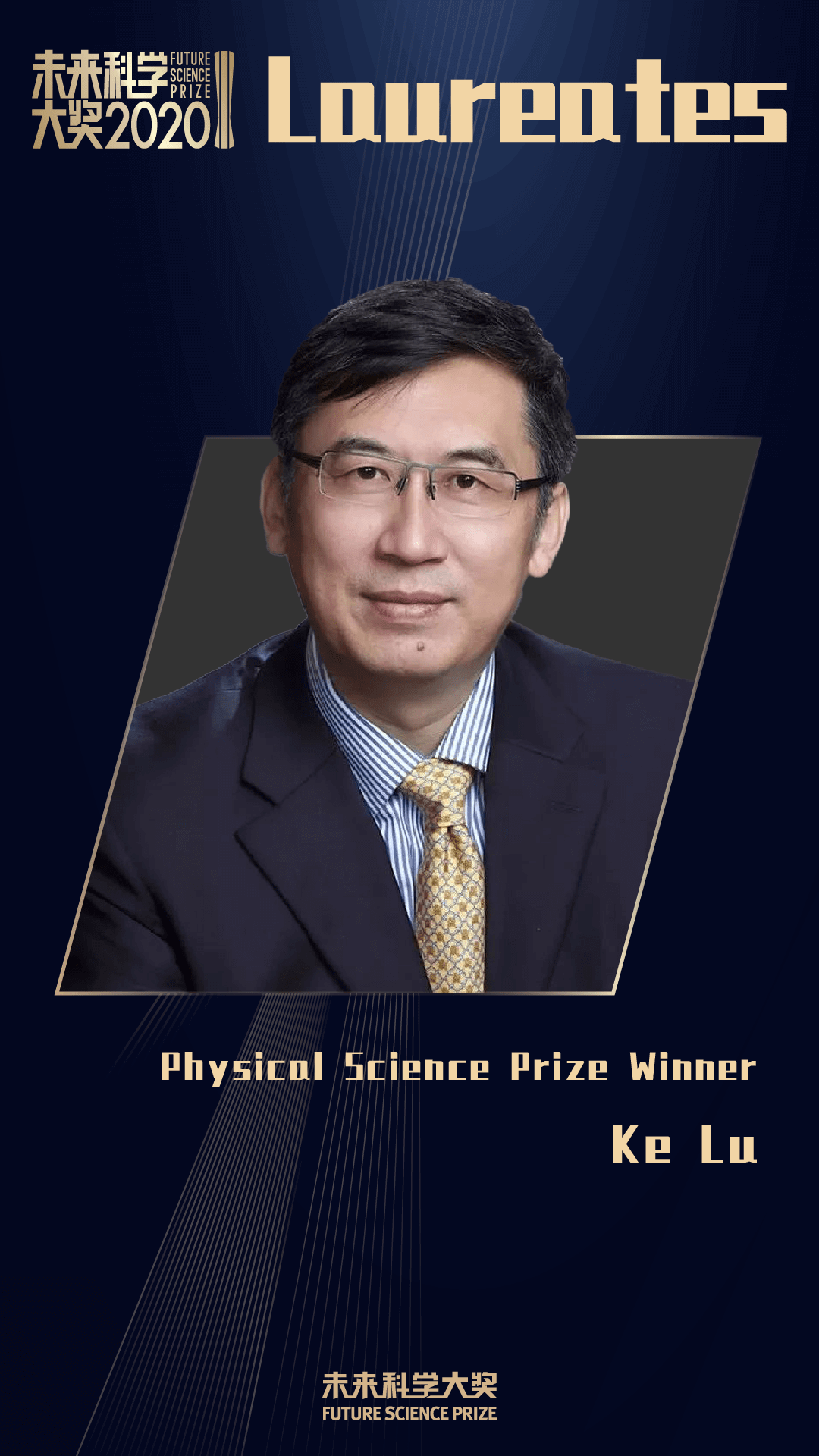 Citation: For his pioneering work in synthesizing and discovering nano-twinned structure and gradient nanostructure that simultaneously exhibit superior strength, ductility and conductivity of copper.

Dr. K. Lu and his team have made an important breakthrough on strengthening metals without compromising desirable properties. He and his team discovered that two types of novel nanostructures can greatly strengthen the mechanical strength of copper while keeping their superior ductility and electrical conductivity.

Strengthening of metallic materials has been one of the core scientific challenges in the field of material physics for decades. Traditional strengthening strategies for materials are based on introducing various types of defects to resist dislocation motion. They invariably compromise ductility or electrical conductivity. The strength-ductility and strength-conductivity trade-off is a long-standing dilemma that limits traditional approaches to prepare metals and alloys. A method that strengthens metals without compromising other useful properties has been an unresolved challenge for material researchers for decades.

They found when nano-scale twins are incorporated into copper, its strength can be elevated by one order of magnitude and at the same time maintain a tensile ductility and electrical conductivity comparable to that of normal copper. Their novel nano-twin strengthening method has been successfully applied to a number of material families to achieve superior properties, including other metals, steels, turbine disk superalloys, intermetallic, semiconductors, ceramics and diamond.

Following the above discovery, Dr. Lu and his team made another related important discovery that a  spatial gradient distribution of grain size from nano-scale to macro-scale can effectively delocalize strain concentration, and hence enhance plastic deformation of metals. Applying this method, they can double the strength of copper while maintaining its tensile ductility unchanged. This method has been successfully used at industrial scale. 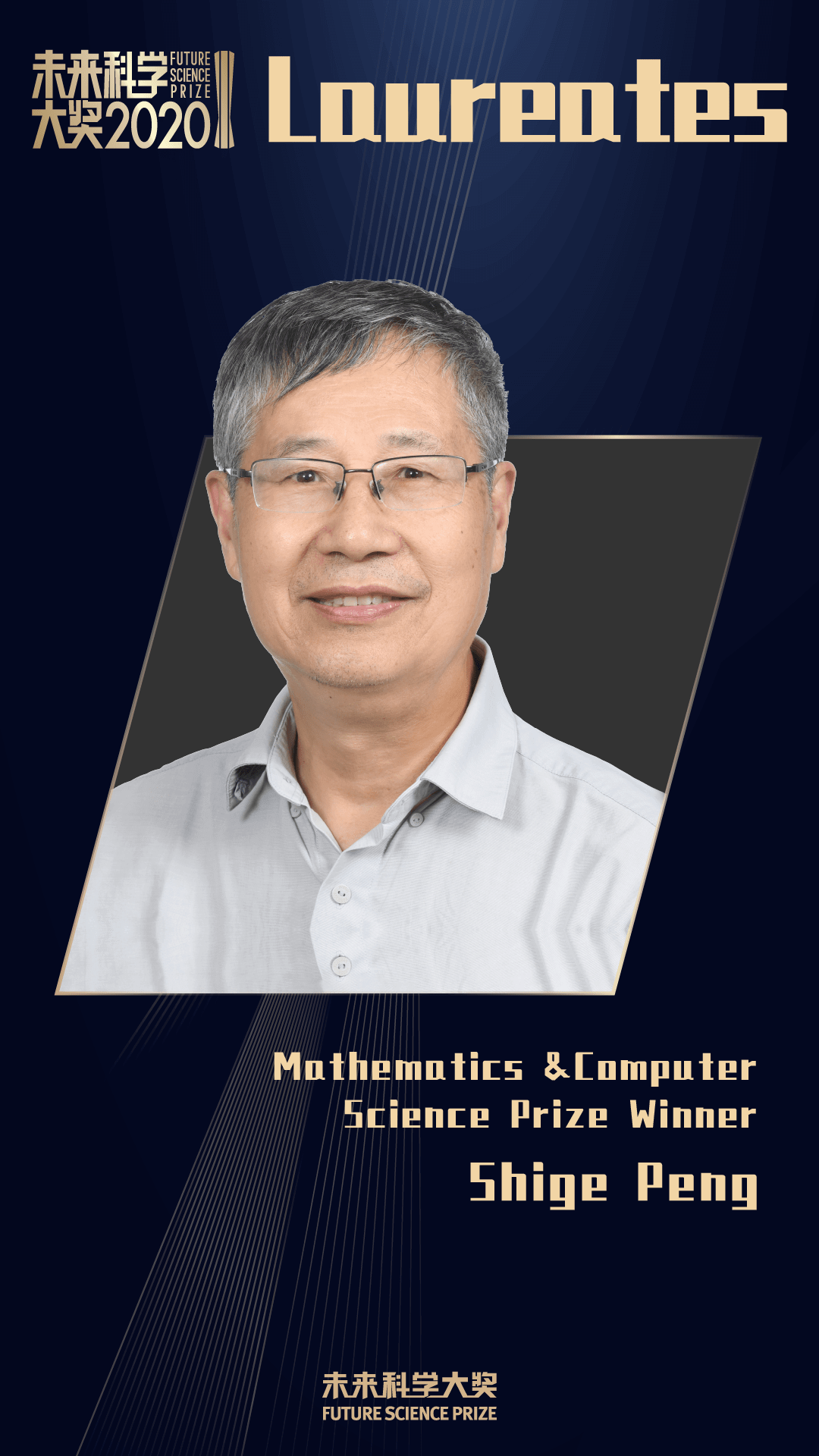 Professor Shige Peng has made pioneering and fundamental contributions in the fields of backward stochastic differential equations, nonlinear Feynman-Kac equations, and nonlinear expectations.

With Pardoux, Peng laid down the foundation for the framework of backward stochastic differential equations (BSDE) in 1990, which opened an important research area with deep mathematical theory and important applications in mathematical finance. Since then, Peng has been a major player in BSDE and has made a series of seminal contributions.

Peng developed the idea of nonlinear expectations. This is fundamentally different from the classical linear expectations, yet mathematical theory about the nonlinear analog of concepts has been established, with important applications in defining and quantifying

Professor Shige Peng was born in 1947 in Shandong, China. He obtained his Doctor Degree from Paris Dauphine University in 1985 and Ph.D. from University of Provence in 1986, both in France. He is now a professor at Shandong University in China.

Future Science Prize is the first privately-funded scientific award in China. It was established in 2015 to award those scientists whose original research, conducted mostly in the Greater China region, has made a significant impact on the international science community, and has passed the test of time, regardless of their nationality, gender, or age. Through promoting basic research and scientific talents in the region, the hope is to inspire society’s love for science, respect for scientists, and attention to scientific and technological developments.

The nomination and selection process of the Prize was established in according with the Nobel Prize system: the Science Committee of the Future Science Prize invites international experts as nominators. After receiving confidential nominations, the committee solicits evaluation letters from international experts in the relevant fields of the nominated work. Basing on the evaluations, the committee then votes to select the final award winners. A regulatory committee is established, with the law school professor Xiqing Gao from the University of International Business as its chairman, and supervises the entire award selection process.