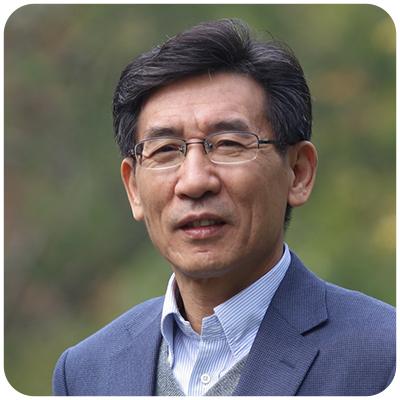 Qi-Kun Xue, born in 1963, received his BSc in Shan-Dong University in 1984, and PhD degree in condensed matter physics from Institute of Physics, The Chinese Academy of Sciences in 1994. He was elected into The Chinese Academy of Sciences in 2005. Since 2005, he has been a professor of physics at Tsinghua University. From 2011 to 2016, he was the director of State Key Laboratory of Low-Dimensional Quantum Physics. From 2010 to 2013, he was the Chair of Department of Physics and the Dean of School of Sciences. He became the Vice President for Research of Tsinghua University in May 2013. Currently, he is the Associate Editor of National Science Review and the Editors-in-Chief of Surface Review & Letters, and on the Editorial Board of Surface Science Reports, Physical Review B, Applied Physics Letters. His research interests include scanning tunneling microcopy/spectroscopy, molecular beam epitaxy, spintronics, topological insulators and high-temperature superconductivity. He has presented more than 100 invited/keynote/plenary talks at international meetings/conferences. He was awarded the 2014 "Qiu Shi Outstanding Scientist Award" and “Awards of Scientific and Technological Achievement of Ho Leung Ho Lee Foundation”, 2016 “Future Science Prize-Physical Science Prize” , and the State Natural Science Award （first class）in 2018.